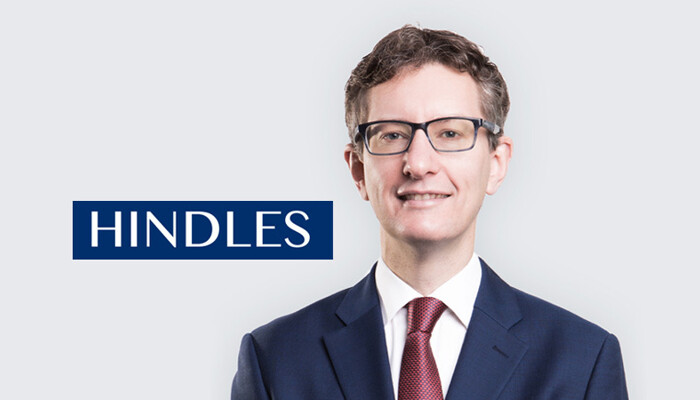 Up next in the series is Alistair Hindle, a Patent Attorney in Edinburgh. Having studied at Cambridge University for both a Masters degree in Natural Sciences (Physics) and then a PhD in biosensing, he has found himself founding his own firm in the city centre, Hindles.

After studying at Cambridge University for both a Masters degree in Natural Sciences (Physics) and then a PhD in biosensing, what made you direct your career to becoming a Patent Attorney rather than pursuing scientific research?
I enjoyed scientific research at University and in industry, although I did worry about career progression. One day, while I was working as a bench scientist at a start-up in Cambridge, their patent attorney came in to give a talk about patents to the scientists. I thought that his job sounded a lot more interesting than mine and decided that it was what I would like to do. I was intrigued by the prospect of working with many different scientific fields and ideas rather than focusing in just one narrow area, and I was interested in the commercial aspects of the role.

What does a typical day look like for you?
My commute is running to my office in town, and I spend most of my day thinking and writing about science, which I enjoy. I talk to inventors, analyse and then write up their inventions, write arguments to Patent Offices and advise my clients. I also spend time on the various aspects of running a growing business.

The most enjoyable days are those with conversations or meetings with inventors, particularly if there is a prototype to look at or a lab to visit. The most challenging days involve dealing with complex tasks which have to be carried out precisely to urgent deadlines. Whatever happens on any given day, I’m lucky to work in a role which involves continuing to learn about new technology. For some of my clients I have been the first person they can fully discuss their ideas with.

What are you most proud about achieving?
I am proud of establishing and growing my firm. However, many of the things which I am truly proud of are ways in which I have written patent applications, arguments which I have developed, and creative strategies which I have used for clients. Many of my customers did not notice these or thought they were routine, but I believe that I have greatly helped some of the inventors I have worked with.

How do you see your industry changing in the next 5-10 years?
I don’t expect a lot of change over the next 5 to 10 years but, at some point, machine learning will develop to a kind of artificial intelligence that will create a lot of questions over what actually is an invention and who should be rewarded for making one.

Do you feel your time at the Academy prepared you/helped you for your career and if so how?
I benefited from the breadth of the curriculum at EA. I work in a very wide range of scientific fields, from physics and engineering to computer software, and from electronics to biotechnology; I write documents for a living, and run a business. EA gave me the skills to do this and the confidence that I can learn anything else that I need to. Perhaps I reacted to a passing comment by a teacher that, ten years after leaving the Academy, the pupils in the first set are often employed by the pupils in the second set.

Do you have any advice to other Accies or current pupils at the Academy?
I’d advise anyone setting up or running a business to think about and protect their intellectual property. I’d advise current pupils that the career landscape may well have changed by the time they leave University; they may end up working in a career that they have not heard of or which does not yet exist. If you study what interests you and what you are good at, opportunities will come along.