Andrew is Captain of the Edinburgh Academical Cricket Club and led the team to Championship promotion in 2017. A third-generation Academical, Andrew’s grandfather, Major S.H. Cosh (EA 1930-38) MBE, captained the Scottish cricket team. While at the school, Andrew received colours for hockey and cricket. He joined the CCF, flying at RAF Cosford, and was a member of the shooting, fencing and mountaineering clubs. He gained a Master’s degree at Edinburgh University, and worked in London, before returning to Edinburgh to work as a Digital Manager for a luxury product supplier. Andrew enjoys a wide range of sports, with cricket his passion. He recently joined the MCC. 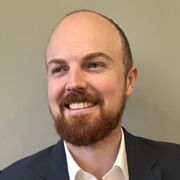