Tony was educated at the Edinburgh Academy, then went to The Royal Agricultural College, Cirencester for a year. He then worked in London with the brewers Watney Mann for 3 years. He took a degree in Zoology at Aberdeen University followed by 3 years research in Edinburgh University Zoology Department. He was appointed to the Biology Department at EA in 1975 where he taught until retiring in 2003. He has 4 children who all went to EA and now has 10 grandchildren, 3 of whom are in the EA Junior School. He has been trying to retire for some time. His wife, Jenny, is his well-known accomplice. 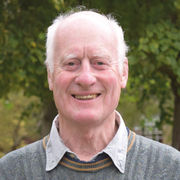