Richard is Managing Director of News Scotland and News Ireland – publishers of The Times, Sunday Times and The Sun in those respective countries.

He has worked in the media and publishing business for in excess of 30 years in a number of commercial and general management roles at publishers including The Scotsman Publications, Johnston Press, Express Newspapers and the Independent.

Richard is currently vice president of the Scottish Newspaper Society and becomes president for a 2-year term in August 2019. He also serves on the board of NewsBrands Ireland, is a director of Laudonia (a baroque music ensemble and charity) and East Lothian Cricket and is a trustee of his local village hall in Morham.

He has worked for all his career in the news media sector after graduating in Social Anthropology from the University of Sussex.

Richard is married with two boys and lives in East Lothian. 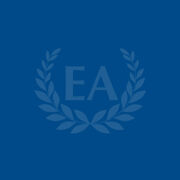