Chris has served on the Council since 2015. He is currently Director of Hockey at the Edinburgh Academy and Scotland Under 16 Hockey Coach. Educated at Edinburgh Napier University in Business Management, Chris went on to study for a Postgraduate degree in Sports Coaching & Performance. Outside of work and study, he played hockey for Scotland and despite no longer playing internationally, still plays for the University of Edinburgh in Scotland’s Division 1. Other than this, he enjoys spending time with his wife Maggie, who he married at the Academy in October 2016. 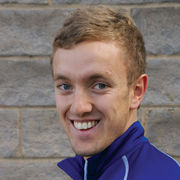