SMT Junior School – Lorna was educated at George Watson’s College and, after leaving school, spent a year as the Watson’s Scholar at Hamilton College, New York State. Graduating with an honours degree in Law from the University of Edinburgh, Lorna then completed her PGCE in Primary Education. She began her teaching career in 2003 and moved to the Edinburgh Academy in 2011 where she has been Deputy Head of the Junior School since 2014. Mum to identical twin girls, Lorna is also a keen musician. She plays the clarsach and enjoys performing as a member of the Scottish Chamber Orchestra Chorus. 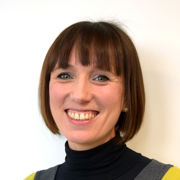