Jeremy attended the Academy from 1972 to 1983 before studying Managerial Science at Edinburgh Napier University. He subsequently qualified as a Chartered Accountant at Chiene + Tait and became a partner in 1996. In 2014 he became Senior Partner at the firm. Jeremy has three children and both boys went to the school. Jeremy is a qualified British Swimming Referee. He also sits on the Court of Edinburgh Napier University. 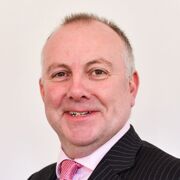