Struan attended the Academy from 1971 to 1985, before studying Law at Dundee University. He is a solicitor and partner at Coulters LLP having been the managing partner at Purdie & Co for 23 years before the firms merged in 2022. He was the scrum half in the unbeaten Edinburgh Academy XV of 1984/85, has since played rugby at Edinburgh Accies for many years and also played rugby league for Scotland. His two daughters are also current pupils at the School. 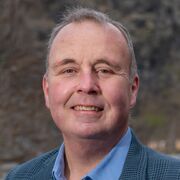